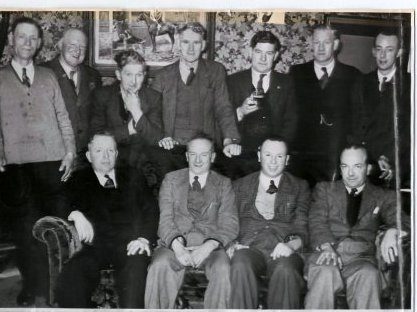 Photograph sent in by Liz Green ('nee James) who said

I came  across an old photo of my father's skittle team at the Norwood Arms dated 15/04/1951.  I am not sure which team it was - either the Norwood Arms A or a Co-op team. My dad is top row centre and his name was Harold James and he worked for the Co-op.  The other member I know is Mr Townley, top row, second right who was my godfather.

If anybody can add to the names please contact webmaster