Andy said  " I believe Archie Gardner was Captain then my dad is far left on both. The other one is sunnier Stratford can't remember first name.  Very young Paul Webster  ,Ken ? Chuckler Betteridge they used to call him. one of the Morgan's behind. On far left is John Mustoe who

worked with dad at Steele's Garages died not long ago"

If you can put names to them please let me know. 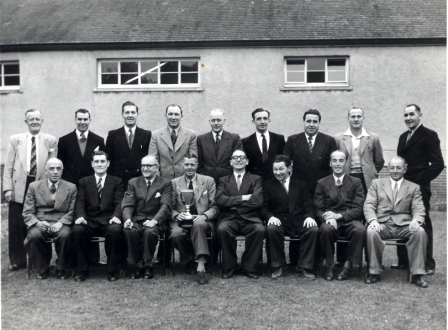 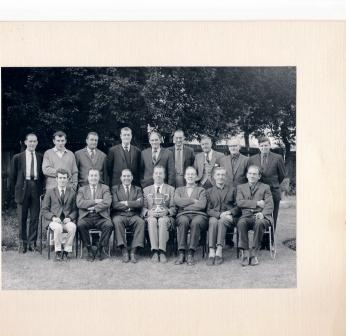 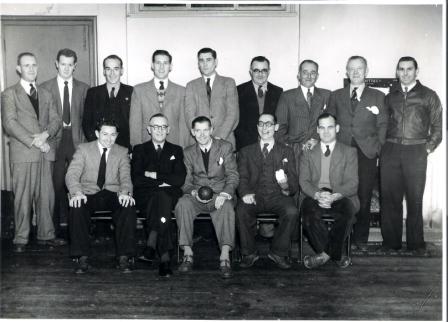 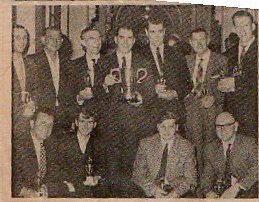