The birth of the Cheltenham Skittles League.

The earliest records of the league at this time is 1906,when it was called 'The Cheltenham and District Skittles League' although skittle alleys are mentioned in Cheltenham in as early as 1700's. In my research I found that until the formation in 1906 of the league alleys were mainly used by the Air Gun clubs of which  there were many and one of the cups played for donated by Charles Dickins and it was the major Air Gun trophy worth £25 back in 1910 ( today value £2300.00p)  and records show that their members were some of the first skittlers in the league. Each team had 9 players and divided in to 3 sets of 3,each set bowled  3 hands ( 9 balls). There were many characters  who were at the start and remained with the league until the First World War.

The Vine Tree Inn at Prestbury 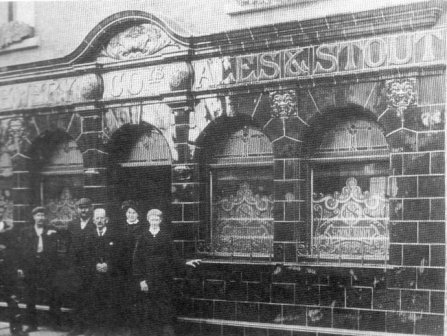