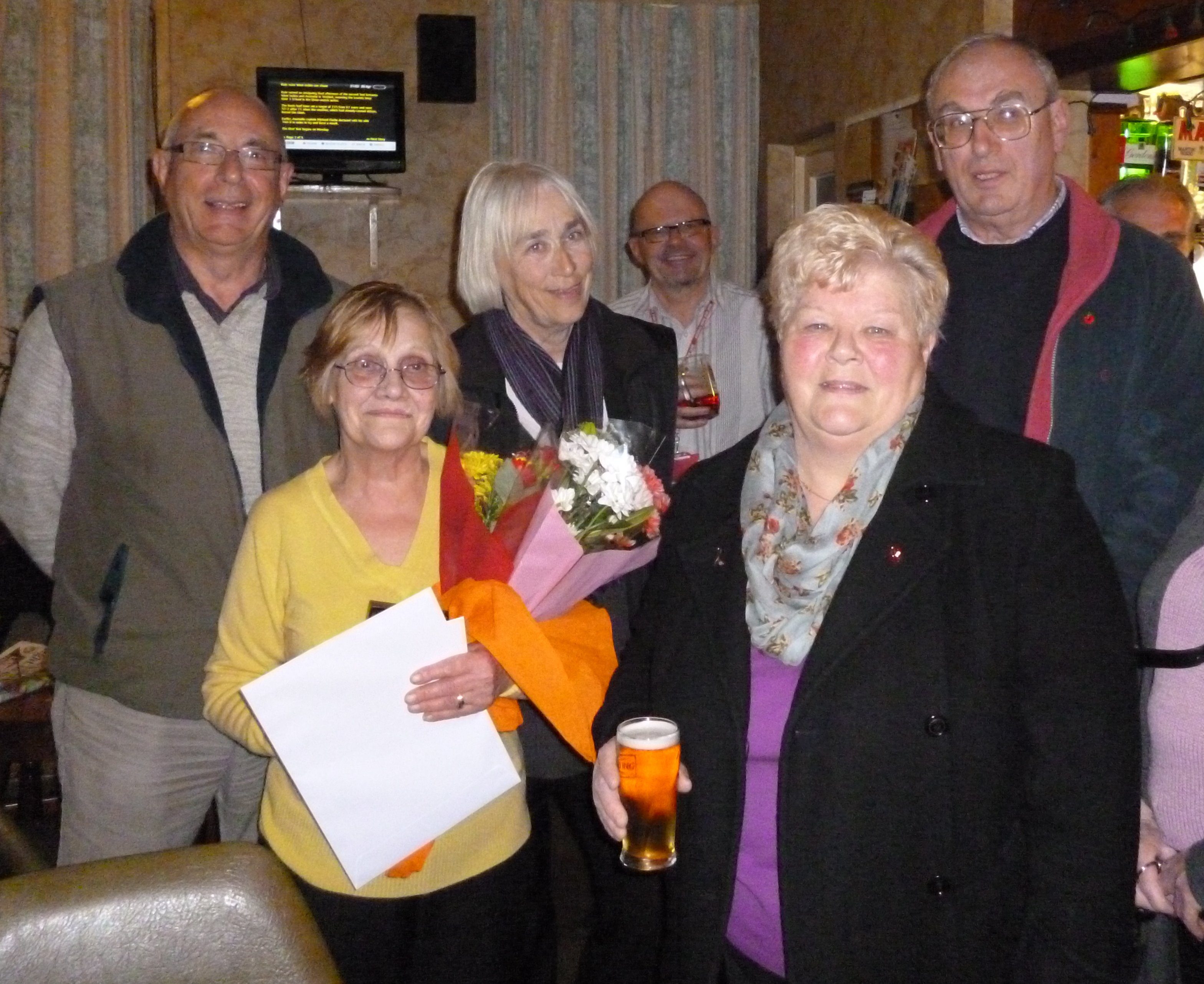 Cheltenham Skittle League Executive Committee cut short their meeting on Friday April 20th, so that they could go to the Pub.

This was a serious matter, which the Executive Members decided needed their urgent attention, that of saying THANK YOU to DOT GASSON, who has run The Adam and Eve Public House in Townsend Street, for 34 years.

After buying their drinks, and generally standing about chatting, Tony the Chairman, called the pub to order, and asked for quiet, to pay tribute to Dot, saying......

" Dot is an exceptional landlady, always ready with a welcome to her customers, and in particular has supported Skittles throughout this time, with her alley being home to eight teams throughout the winter season on a regular basis since 1978.

Cheltenham Skittle League wish to say a big THANK YOU, on behalf of the Executive and All the Teams who have played and are playing on the Adam and Eve".

Dot was presented with a bouquet of flowers, a Certificate, and a boxed wine glass engraved with her name, and the Cheltenham Skittles League logo. She was surprised but very pleased to be thanked by the League.

(With our thanks to Jeff Little of The Strollers for tipping us off that Dot was retiring, giving us time to say thank you and the Strollers Team Members who came along to the presentation)